As a session singer, Kate has worked with James Taylor on every record he has recorded since 1990, (excluding One Man Band.)

She also worked on Shawn Colvin’s Grammy winning:
A Few Small Repairs, (including single that won Record of the Year, Sunny Came Home.)

As a soloist, in the early 1990s, Kate had the surreal experience of having a platinum-selling number one single, released in Germany, under the name Kate Yanai. Originally a popular jingle she’d recorded for Bacardi Rum, the single “Summer Dreaming” was released on WEA records, went to #1 in 2 weeks, became a summer sensation, becoming a pop standard. After shooting a video in Jamaica for Summer Dreaming, Kate declined a subsequent international recording contract, becoming discouraged by the push for such commercially driven, non-personal music. Kelly Roland ended up releasing a remake of Summer Dreaming in 2012)

This experience pushed her to come out of the songwriting closet, make an artistic statement, and in 2003, she recorded her solo record: MAP OF THE WORLD, released on Compass Records. Guest vocalists on her record include James Taylor and Shawn Colvin.

But, her true love is singing and collaborating with other musicians.

“I’ve always loved singing back-up. I’m so grateful I could make a living doing it and seeing the world, even if I also love writing and singing lead. I love being a part of the puzzle. I love the technical challenge of trying to enhance without getting in the way. I love how all the pressure is NOT on my shoulders. I love singing with other singers I love, and great musicians. I love that feeling of knowing my part, but never knowing exactly what will happen. Because that is the freedom that music is. It’s flying.”

Kate lives in Los Angeles, with her husband and their cat, and tries not to spend too much time in her car. 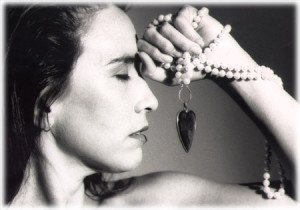